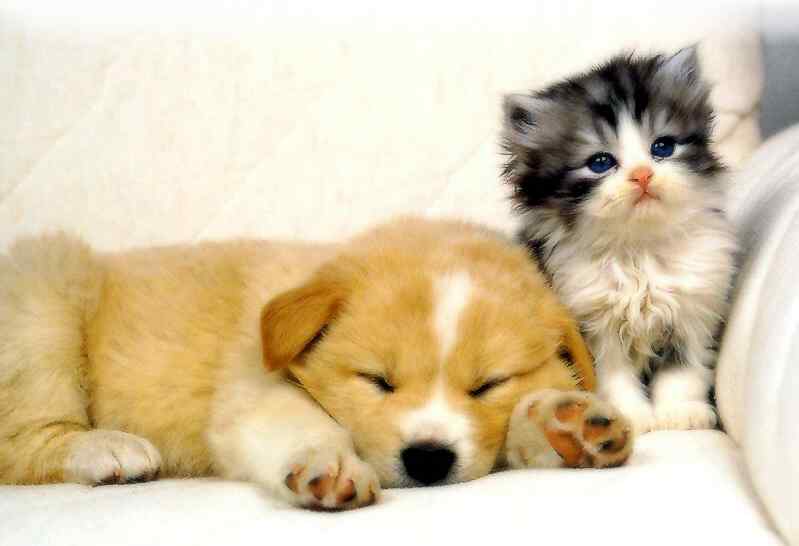 Americans are spending more than ever on their pets. The tally for 2014 is an estimated $58.5 billion, according to the American Pet Products Association. After food, the biggest amount—$15.2 billion—went to veterinary care. With MRIs, sonograms, and chemotherapy all on the treatment menu, the health costs for many pets can top what well-insured humans pay for their own health care.

That prospect has helped the pet insurance industry grow an average 13 percent every year since 2009. The number of insured pets rose 14.6 percent in 2013, to more than 1 million, according to the most recent figures from the North American Pet Health Insurance Association (NAPHIA). The nation’s largest and oldest pet insurer, Nationwide-owned Veterinary Pet Insurance (VPI), administers 525,000 policies, more than double what it wrote a decade ago. And on Feb. 12, the fourth-quarter earnings of pet insurer Trupanion (TRUP) showed a 29 percent year-over-year jump in pets enrolled, to 218,684, and average monthly adjusted revenue per pet that rose 4 percent, to $44.27.

Kelly Ray knows how quickly unexpected health-care costs can add up. Ray, a software marketing specialist at Lodestar Solutions in Tampa, didn’t have insurance on her first cat, a stray she rescued as a kitten near her home. She figured the vet bills wouldn’t be big and she wouldn’t need insurance because the stray, which she named Gizmo, would be a house cat. At age 4, Gizmo started having seizures and was diagnosed with a brain disorder.

Ray spent $4,000 on Gizmo’s initial diagnosis and treatment. She had to turn down additional tests offered by a pet neurologist because they would have cost an additional $3,000. The effects of the disease lingered until May, when Gizmo died at age 12. So when Ray adopted two kittens, Zinnia and Lily, in mid-2014, she immediately started shopping for pet insurance for them and for her 16-year-old cat, Sunny.

“I wanted to mitigate my risk,” says Ray. “I did the cost analysis and figured it would take me five years to save up $3,000,” which she realized might only be enough to cover a single pet health emergency. After shopping around, she found a policy that covered all three cats for $563.89 per year in premiums—a financial decision she refers to as “a no-brainer.”

Choosing health insurance for your pets can be as challenging as sorting between the options for yourself. When deciding whether pet insurance is worth it, there are a few things to keep in mind. First, it costs more to insure dogs than it does cats—$457 in annual premiums, on average, for a single accident and illness policy versus an average $290 for a cat, according to NAPHIA.

Certain breeds will drive up your bill even more. Trupanion reports that large breeds such as Rottweilers, Great Danes, and Bernese mountain dogs run up the highest premiums, while lap dogs like Shih Tzus and poodles cost the least to insure. Large breeds are genetically predisposed to expensive-to-treat conditions like hip dysplasia and cancer. So for a policy with a $250 deductible on a male Great Dane puppy in the Boston area, Trupanion would charge a premium of $66.07 per month. A Bostonian who owns a Puggle, which is a cross between a beagle and a pug, would pay just $39.29 a month for the same coverage.

When comparing quotes, pay close attention to the strings attached to a deductible. They work the same as deductibles for home or auto insurance—you’ll get a lower premium if you accept a higher deductible. But many pet insurers levy separate deductibles on each condition. So if Rex has to be patched up after a scuffle at the dog park and then needs emergency surgery to extract the pennies he eats the following week, you’ll be responsible for meeting two deductibles before the insurance on either procedure kicks in. How you’re reimbursed might differ from insurer to insurer, too. “Some companies reimburse flat amounts, while the newer companies will pay a percentage,” says Michael Hemstreet, a Web developer who manages PetInsuranceReview.com, where pet owners can compare policies.

Don’t be surprised if your premiums increase each year. It’s perfectly legal for pet insurers to hike premiums, which they may do in anticipation of the fact that dogs and cats are more likely to develop illnesses as they age. Kerri Marshall, chief veterinary officer at Trupanion, says her company doesn’t raise premiums based on aging or claims experience, but it might do so to cover the expenses it incurs for providing the coverage. “Sometimes regulatory fees in certain markets rise, but the most common reason is an increase in the cost of care,” Marshall says.

Unlike human health insurers, pet insurance providers don’t have to cover preexisting conditions, and most won’t. Many companies won’t write new policies for older pets, either, although that is changing. Ray says she chose Petplan because it was willing to cover her 16-year-old cat. The company also offered her a multi-pet discount of 10 percent for each cat she enrolled after the first policy she purchased. She signed up all three cats for accident-and-illness policies, which each have deductibles of $200 per incident.

Be wary of insurers offering to cover “wellness” care such as annual vaccines and check-ups. The premiums on those policies are more than double the cost of accident and illness plans, according to NAPHIA. In most cases, all you’re really doing is pre-paying for services that might cost less if you pay out-of-pocket for them. “Distemper shots and heartworm tests should be looked at as the cost of pet ownership, not as an insurable risk,” says Peter Glassman, director and surgeon at the Friendship Hospital for Animals in Washington. Ignoring such come-ons is a way to practice “wellness care” for your wallet.

Arlene Weintraub is a freelance writer in the New York area.
Bloomberg.com

Leave a reply Click here to cancel the reply

We're not around right now. But you can send us an email and we'll get back to you, asap.