Friends of Humane Society of Tijuana (Aside Format)

Home Friends of Humane Society of Tijuana (Aside Format) 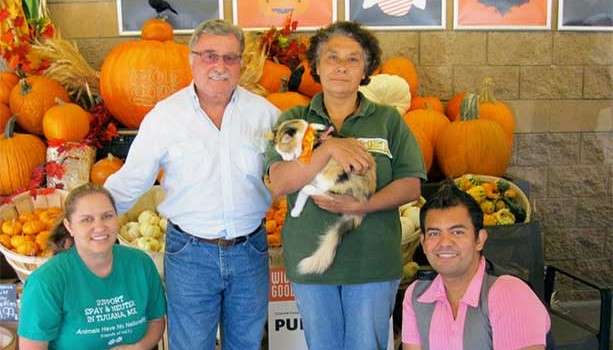 Animals don’t have nationalities. They will love you no matter who you are and where you come from. Unfortunately, humans’ treatment of animals varies greatly, depending on the country and culture. There are many strays and homeless animals in Mexico. The dogs and cats of Tijuana and Baja California, Mexico are lucky to have an organization here in San Diego, called Friends of Humane Society of Tijuana. This organization was founded to give direct support to the Humane Society of Tijuana and the same dedicated group of volunteers oversees both. Their mission is to promote the well being of the animals of Tijuana and Baja, including the more than 7,000 stray dogs, by setting up spay/ neuter clinics, “itchy/scratchy” clinics, giving assistance to people who rescue homeless dogs and cats, and programs to educate the public.

Up until 2006, there was not even a Humane Society in Tijuana. That changed when Richard Massa, a retired dean and vice president of San Diego City College, Leticia Coto, a long time animal rights activist in Baja, and Alejandro Arias, a local lawyer, merged their vision and energies and founded the society. Leticia Coto is now the acting president. They do not have a building or shelter, but rather rely on dedicated fosters on both sides of the border who help them. All their clinics are also mobile which enables them to go around Tijuana and northern Baja, and to some of the poorer neighborhoods where there is a great need for their services. They want to foster more responsible ownership that isn’t always there by explaining the importance of spaying and neutering, deworming, using flea medications and even just the basics like food, a bowl of water, and some shelter. They try to have four clinics a month which includes neutering almost 50 animals, 70% dogs and 30% cats. Their organization is strictly non-profit and they rely on donations that mostly come from San Diego and this side of the border.

Because of this, in 2007, with the help of Nicole Riley and Michelle S. Grycner, Friends of Humane Society de Tijuana was founded. Richard Massa is the president of Friends of HSTJ, Michelle is the vice-president and Nicole is the secretary. This organization was set up to give support to HSTJ, and they help to organize volunteers and veterinarians for the low cost spay/ neuter clinics, and the itchy/scratchy clinics where they treat the animals for fleas, ticks, mange, and parasites. They also find suitable fosters, set up adoptions of the rescued street animals, run the adoption events they hold at local shopping centers, including Whole Foods in Hillcrest and Petco on Friars Road, and help raise funds to pay for all the bills and supplies. Finally, they are also promoting humane legislation and working to sustain suspension of electrocutions at public dog pounds in Mexico. They are the angels working to protect the animals of Tijuana and Baja, provide them with a better life, and to promote more responsible pet ownership among the people. It is a daunting task. They have received funds from the Petco Foundation, but they are always in need of donations, supplies, medicines, and people to foster and volunteer. To find out how you can help and when their next event will be, go to their website www.friendsofhstj.org. They also have a Facebook page.

Leave a reply Click here to cancel the reply

We're not around right now. But you can send us an email and we'll get back to you, asap.